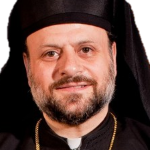 Bishop of the Antiochian Diocese of Miami and the Southeast

Bishop Nicholas was born in Damascus, Syria, in January 1963 to an Antiochian Orthodox family. He attended the French Lycée Laïque elementary and middle school, and the Omia High School. For the first 18 years of his life, he attended the Antiochian Orthodox Patriarchal Cathedral of the Dormition of the Virgin Mary in Damascus. Bishop Nicholas worked for nearly 20 years as a Computer Engineer at several companies in the Electronics Design Automation industry, such as ViewLogic Systems and Synopsys Co. Bishop Nicholas was ordained to the Holy Diaconate by His Eminence Metropolitan Philip on April 23, 2004, and to the Holy Priesthood by His Grace Bishop Antoun on January 9, 2005. He was consecrated to the bishopric as the Bishop of Brooklyn on December 11, 2011. 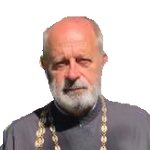 Fr. Hans is a native of Holland and has been a priest for almost 30 years serving various parishes and positions. His received his BA in History from the University of Minnesota, an M.Div from St. Vladimir’s Seminary and studied the Greek Language at Aristotle University in Thessaloniki, Greece. He serves St. Peter the Apostle Orthodox Mission in Bonita Springs, FL. He is married with one daughter. 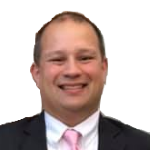 Michael Baclig is a sales account executive, with over 20 years of experience in sales and account management. Michael earned his Bachelors of Science degree in Business Administration from the Walton College of Business at the University of Arkansas. He is also the Parish Council Chairman at St. Nicholas Antiochian Orthodox Church in Springdale, AR and President of the Antiochian Men Chapter at that church. Michael has been an Orthodox Christian all his life. His father, Fr. Timothy Baclig, is the pastor at St. Michael Antiochian Orthodox Church in Van Nuys, CA.  Michael is married to Elizabeth Baclig and he has 3 children, Andrew (age 14), James, (age 11), and Katherine (age 10). 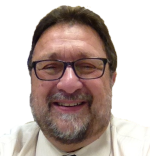 Randall is originally from North Dakota where he was born and raised. He practiced law in Florida for 35 years and his focus was on Dependency Law that dealt with children who had suffered through abuse. Randall received his BA and JD from the University of North Dakota. He is now retired and living in Pensacola, FL, where he is member of St. Andrew Antiochian Orthodox Church. Randall has been married to Betsy Werre for over 45 years and has 2 children and 1 grandchild. 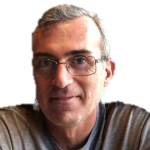 Elias AbuGhazaleh is software/hardware computer professional, with over 25 years of experience in data protection and governance. Elias is starting his 15th year of employment as the Director of Customer Experience with Veritas Technologies LLC, Elias earned his Bachelors of Science degree in Computer Science from California Lutheran University. He is also the DOMSE DMC Treasurer, as well as serves on the Camp St. Thekla finance committee, manages the DOMSE Facebook page as well as DOMSE communications. Elias is married to Kimberlee AbuGhazaleh and has 2 children (twins), Jessica and Samantha (age 18) and attends St. George Orthodox Church in Orlando, FL. 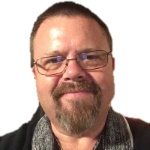 Burt Noyes and his wife Tabatha are members of Holy Cross Orthodox Church in Ormond Beach, FL. Burt has spent most of his adult life in the marine trades, making custom canvas products and upholstery for every size of boat. Raised a Jehovah’s Witness, he left the cult in 1998 and started a long migration towards the One Holy Catholic and Apostolic Church. Burt has six children and seven grandchildren and serves on the parish council at Holy Cross. 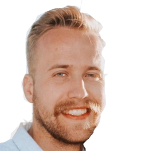 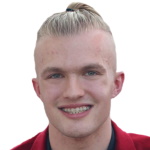 Kellen Stephens is a high school senior planning to major in psychology at the University of Alabama in Huntsville. He converted to Orthodoxy with his family in 2017 and attends St. Anna Antiochian Orthodox Church in Columbia, TN. He began interning with the Antiochian Men at the 2021 DOMSE Fall Retreat and hopes to use his passion for filmmaking for the benefit of the diocese and to gain wisdom and experience along the way.

Support AMEN With Your Donation